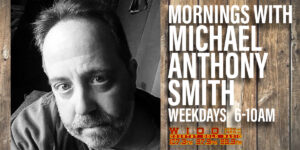 Michael-Anthony Smith is a newest member to the WIOO team and gets your day started every morning from 6-10am on Country Gold Radio WIOO.

He has spent time working all over Central Pennsylvania on the airwaves. He is happy to be here! He is playing much of the music that his family listened to while he was growing up. Many of the songs we play on the air, were songs he performed as a drummer for the band Tailspin.

These days, Michael-Anthony plays guitar and sings in a rock band. Michael was born in Maryland, but grew up in Hawaii. He is still trying to figure out how he ended up in Pennsylvania! 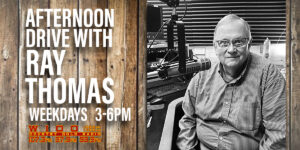 He’s a 1976 Shippensburg University graduate and has spent most of his career on the air at Cumberland Valley radio stations including 19 years in his present position with WIOO.

Ray lives in Carlisle with his daughter Katie, who goes to Bloomsburg University. His hobbies include music collecting and 50 years as “Ham” radio operator WA3KRG.